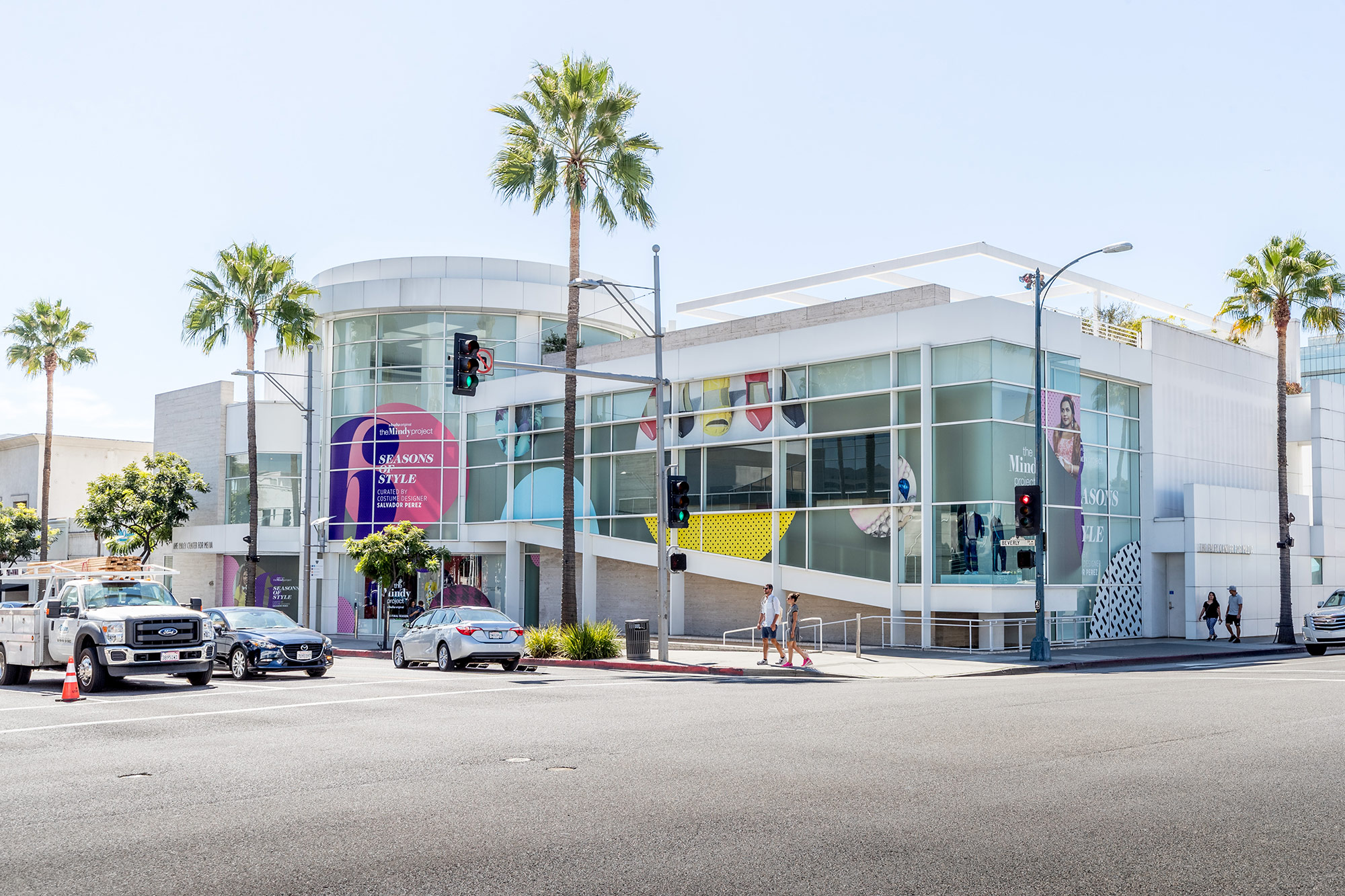 With the final season of TV’s beloved The Mindy Project airing this fall, the producers at Hulu wanted to create a special exhibition to celebrate the closing run of episodes. And few approaches could have been more fitting than crafting an exhibit around the fashionable wardrobes that became integral to the show’s charm. Constantly forward-thinking and always trend-setting, character Mindy Lahiri’s sartorial choices inspire fans and designers alike (and even a dedicated blog or two).

“The goal was to promote the upcoming final season of The Mindy Project on Hulu and do something to pay back fans, give a ‘thank you’ to Mindy (Kaling) and create some extra exposure for the show,” said Heather Kim, art director and design lead at Hulu.

With “6 Seasons of Style” creating an attractive, fun and entertaining exhibit showcasing more than 40 costumes from every major character of The Mindy Project cast, finding the right venue was critical for the event’s success. Fortunately the Paley Center for Media in Beverly Hills, California provided an appropriate and well-suited setting right next door to Hollywood. The open, light-filled space would offer the perfect canvas for an appealing and engaging experience. 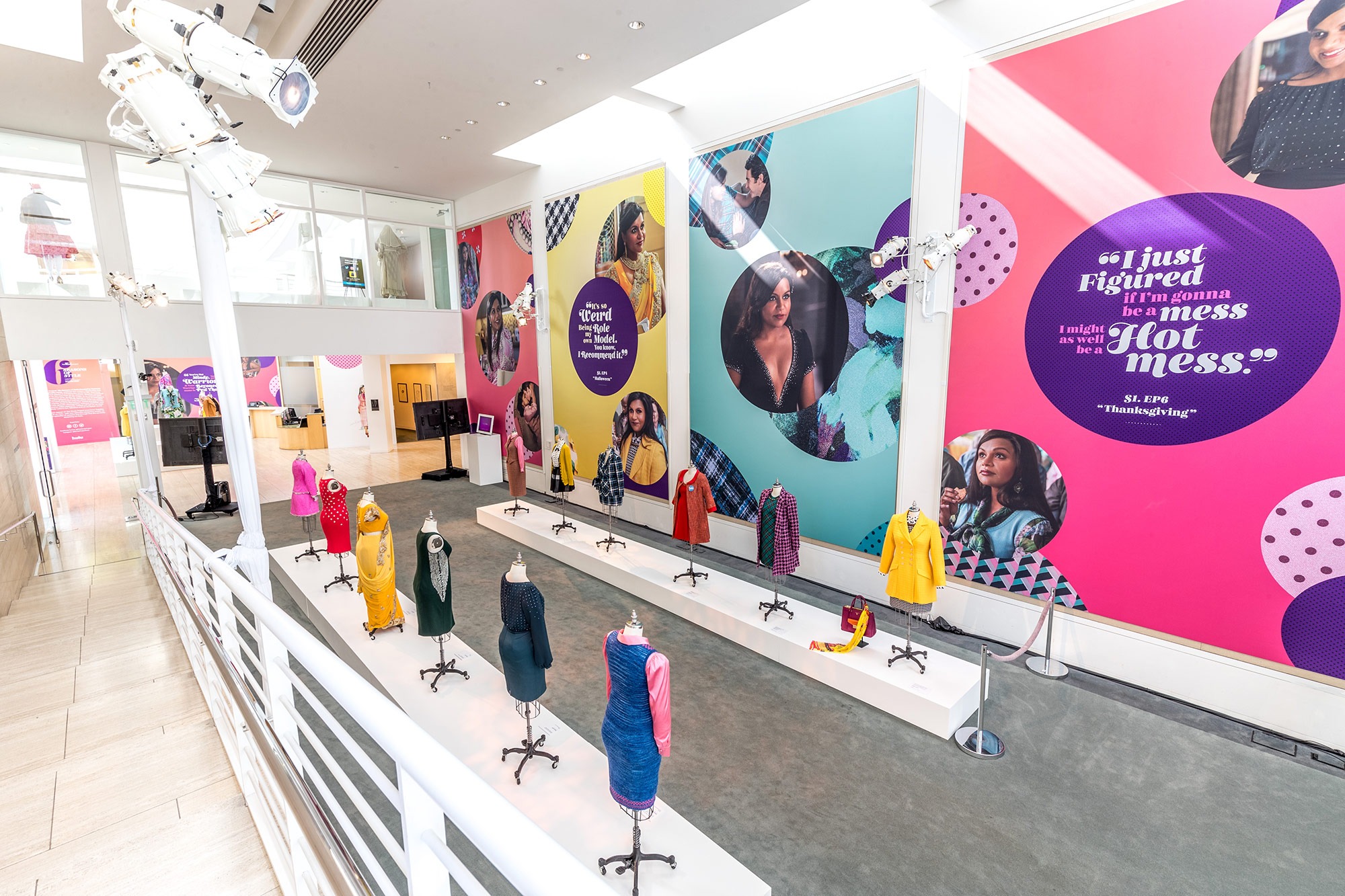 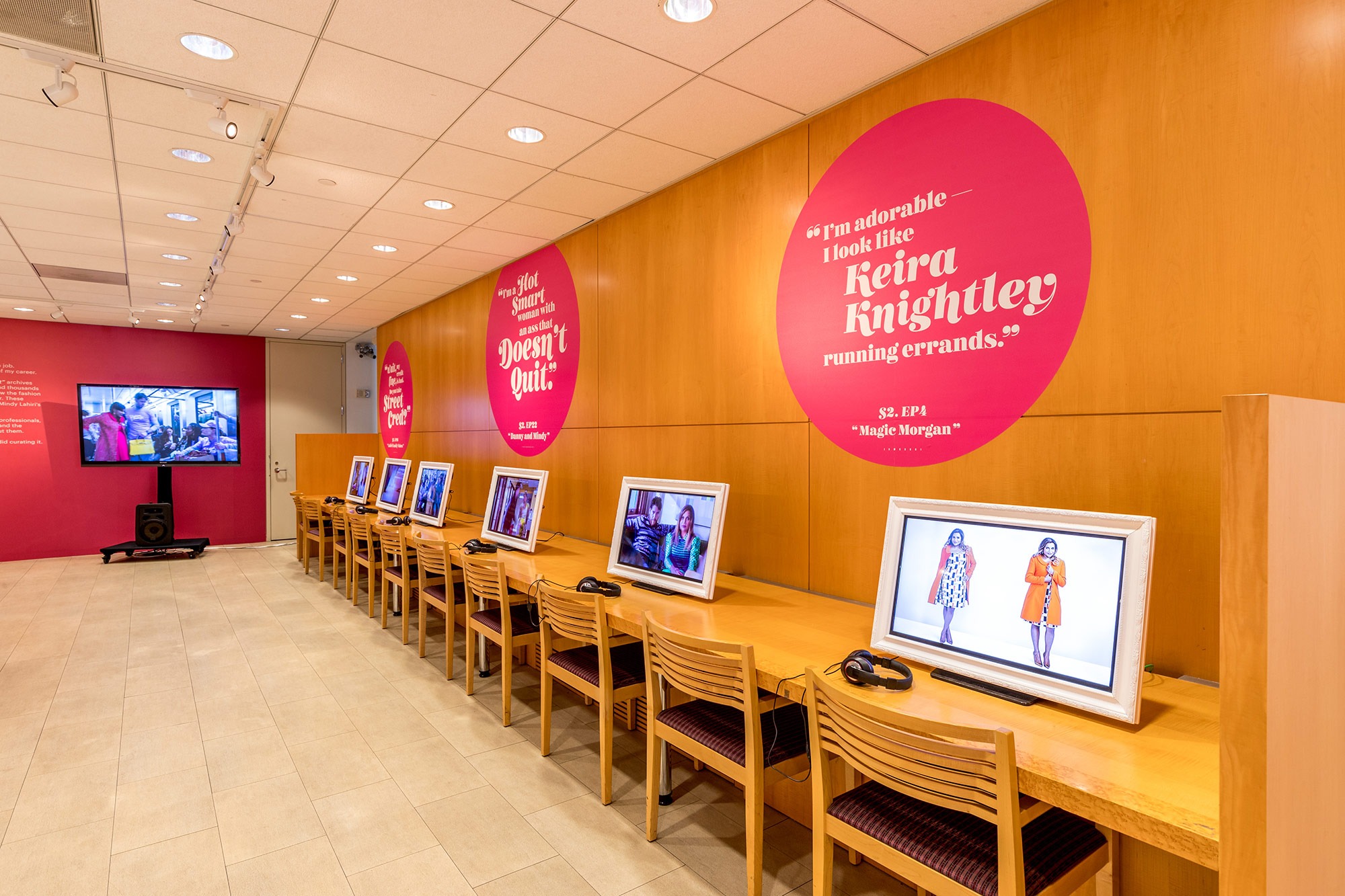 Adhesive graphics bring continuity, visual interest and engagement to the exhibit’s interactive space.The next hurdle was finding a design and production partner capable of translating the brand palette to physical space and generating the considerable volume of graphics, displays and fabrication work required for the exhibit. And with just a few weeks to go before opening, that partner needed to be able to deliver attention-grabbing work quickly and efficiently under some aggressive and unyielding timelines.

Thanks to a longstanding relationship with Image Options for their out-of-home advertising and promotional needs, the folks at Hulu knew the IO team could envision their way to a creative and successful exhibition with tight deadlines looming.

Over the next couple of weeks, the design and communication professionals at Hulu worked closely with their counterparts at Image Options to create a memorable and effective exhibit experience despite sometimes-shifting parameters, budgets and other requirements. As if the tight timeline weren’t demanding enough, regulations from the City of Beverly Hills added another layer of complexity to the project.

“When it came to wrapping the exterior, the restrictions from the City of Beverly Hills were a challenge,” said Candice Ashton, communications and public relations associate at Hulu. “Image Options and Kathy Guerineau handled this seamlessly. Wrapping the exterior was crucial and it turned out beautifully.”

As the grand opening drew near, “6 Seasons of Style” created an all-hands-on-deck situation at Image Options as it wound its way through each department within the organization, from prepress and production to packaging and final installation. The stringent deadline left little room for error, a situation that IO welcomes thanks to the firm’s considerable experience and its unwavering dedication to accuracy and precision.

“We’re adamant at Image Options about having another set of eyes checking my work and everyone else’s along the way,” said Diana Crossman, project manager at IO. “It eliminates mistakes. The customer knows they’re going to get the right pinks, the right yellows, the right purples. The trimmers are going to get it right. The packagers are going to take the time to label everything so when the installer gets it they know exactly which wall to place something on.”

Though the final days of the project were the proverbial sprint to the finish line, all materials and resources arrived true to specifications, on budget and ready to work.

“We were still receiving design files the weekend prior to opening,” said Image Options’ Guerineau. “We were running production almost until the time the exhibit opened.” 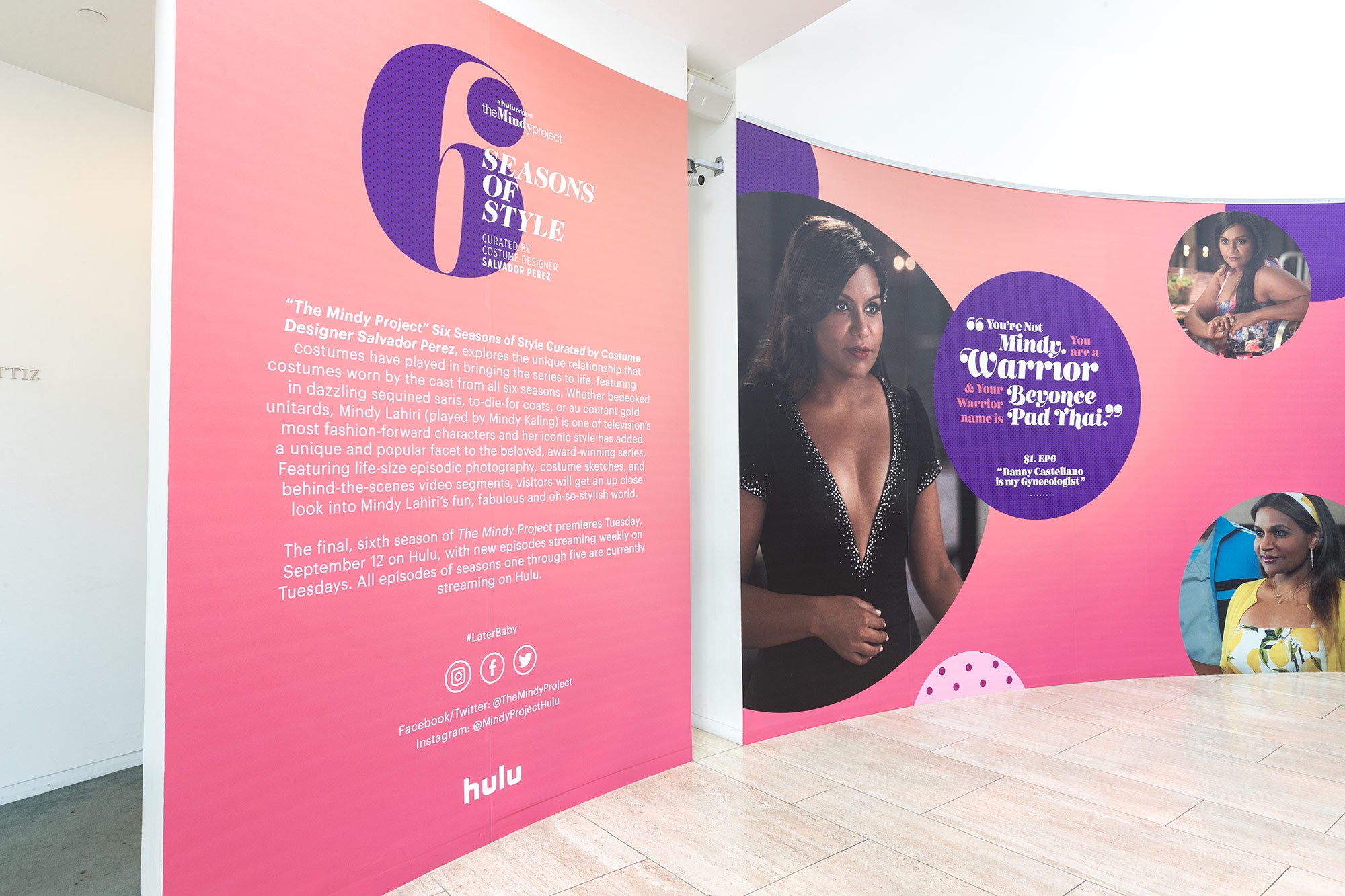 The “6 Seasons of Style” exhibit celebrating The Mindy Project opened as scheduled at the Paley Center for the Media in Beverly Hills on August 26th, 2017 and concluded on October 1st. Free and accessible to the public, the exhibit was open for five hours a day, five days a week. Prior to the official opening, Hulu hosted a VIP preview event featuring star actress Mindy Kaling and the show’s head costume designer responsible for much of the fashion on display. Most importantly for Hulu, the exhibit received an enthusiastic and warm embrace from the public and from fans of the show.

“We had a great response from social media, from Twitter and from Facebook,” said Hulu’s Kim. “We had fans asking if the exhibit could come to their city. Hulu got what they needed from the exhibition and it was certainly a successful effort.”

Paley Center management, having enjoyed an up-close look at the process from start to finish, was so impressed with Image Options’ approach and subsequent work that the facility will be presenting IO as a preferred vendor to their 2018 exhibitors.

Added Hulu’s Ashton, “Kathy was fantastic. She was in the trenches with us every day and taking calls at all hours. It felt like she was part of the Hulu team. She was always quick to respond and truly helped us create something gratifying, beautiful and effective. I’d recommend Kathy and Image Options to anyone.”