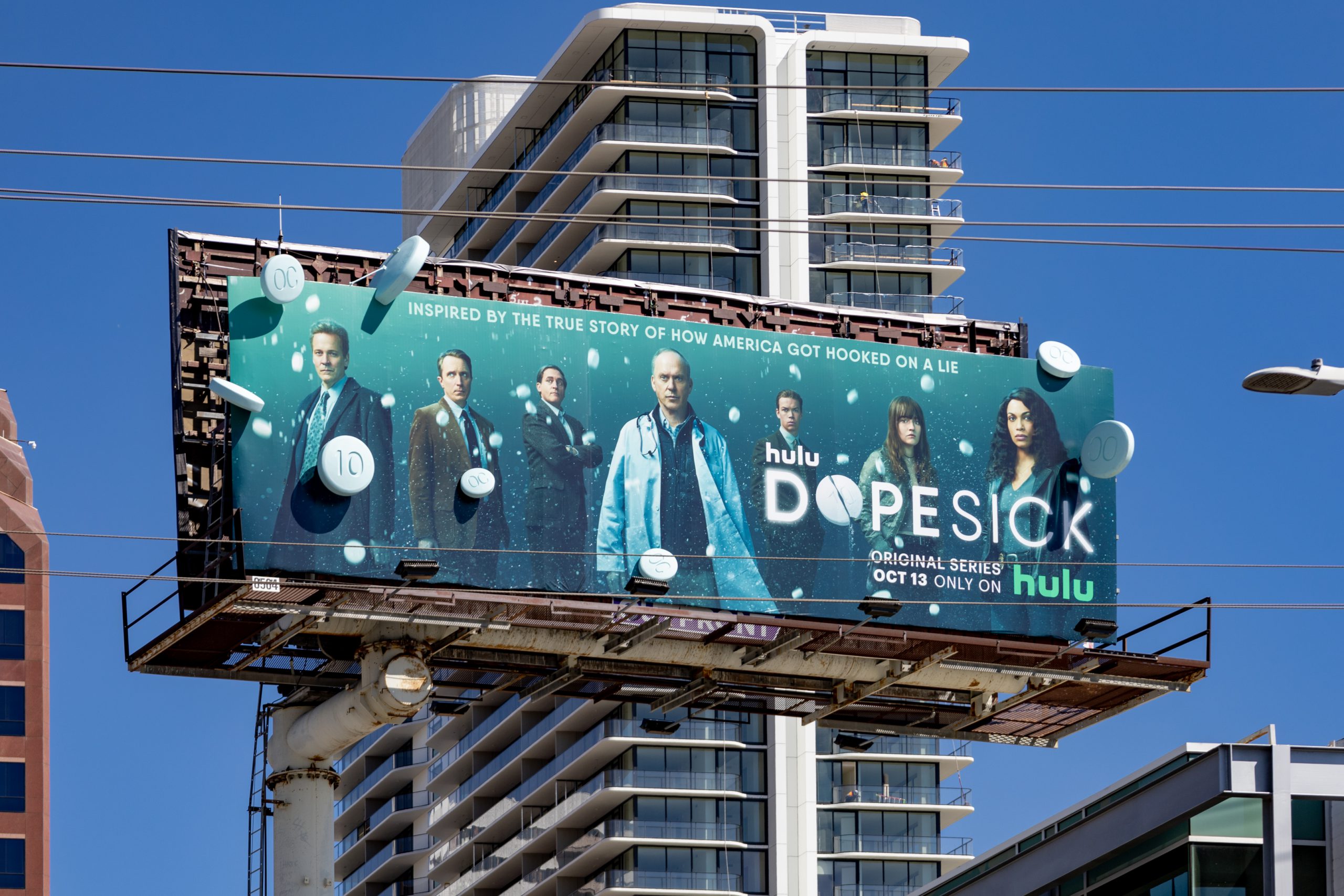 BREAKING NEWS:  Image Options was featured for this installation, read about it in Big Picture Magazine.

Image Options has been a partner with Hulu since 2015 when we first started producing their Out-Of-Home campaigns. From billboards to bus wraps, and everything in between, we have enjoyed working with the Hulu team.

So when Hulu came to Image Options with a request to promote their award-winning show, Dopesick, with a three-dimensional look added to a standard billboard, we knew it was a bit of a challenge.

The idea was to break the dimensions of the printed graphic by having 3D pills fall in front of a standard billboard. Not just a couple of 3D pills, but nine of various sizes, needed to be made and then mounted at different angles on the billboard. That was the best way to achieve the cascade of pills falling over the graphic.

Image Options worked with the creative and media teams at Hulu to create a 3D billboard for one of their prime Los Angeles locations.

The process involved a collaborative effort from our engineering team to replicate the pills in CAD for output. Then Image Options Fabrication team took the…